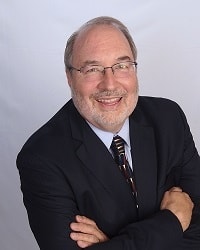 
For thirty years, Dr. Healy was the director of the Office of Family Ministry of the Catholic Diocese of Joliet, Illinois. He retired from that position in 2019 but continues to speak, write, and consult on marriage and family topics.

He has spoken on marriage in over 90 dioceses, both across the United States and internationally. His marriage preparation and enrichment materials, most notably When the Cake is Gone: How to Be Married and Stay Engaged and his Living Together and Christian Commitment have been used in every diocese in the United States. Dr. Healy has contributed chapters to a number of books, and has written for such magazines as Family Perspectives, Catholic World, Liguorian, Marriage, and Deacon Digest. He is also active online through articles, blogs, and videos on various sites.

Dr. Healy was the founding president of Illinois Catholic Family Ministries, and has served as an advisor to the National Council of Catholic Bishops' Committee on Marriage and the Family. He was honored with the 2000 Family Ministry Award by the National Association of Catholic Family Life Ministers. He received an honorary doctorate (to go along with his earned one in Counseling Psychology) in the Humanities from Lewis University in 2019. Jim and his wife Madonna have four adult children.